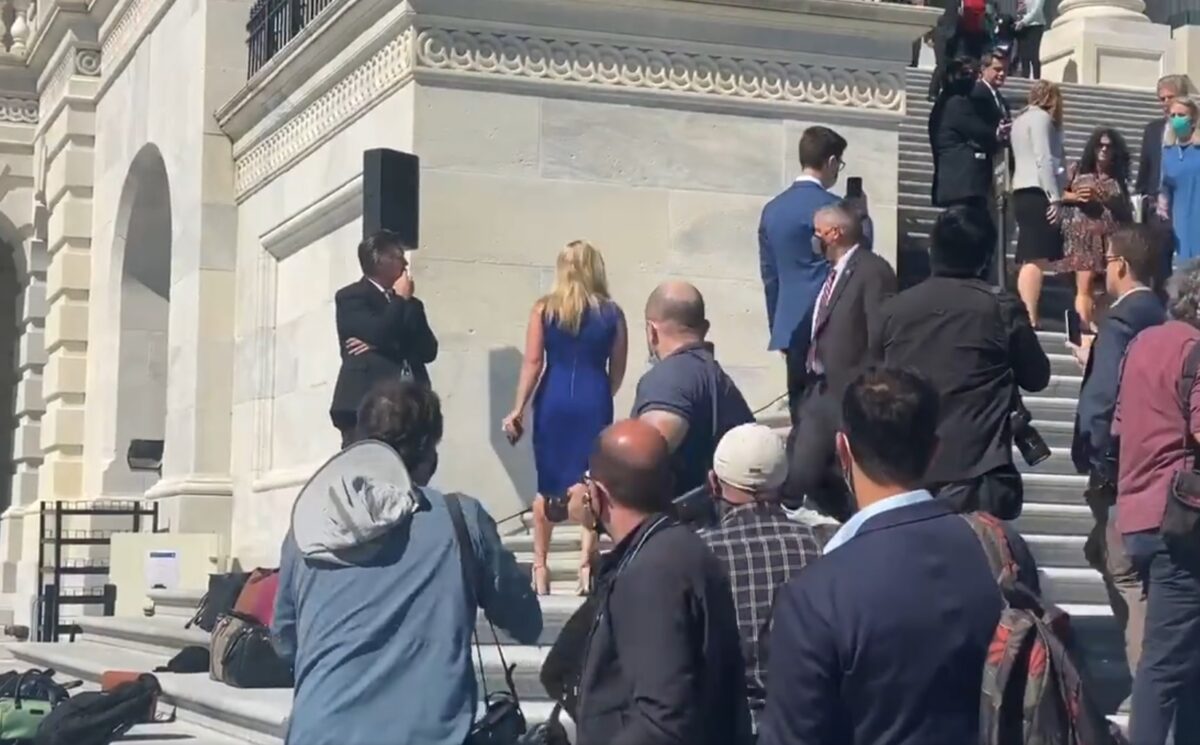 House Democrats were gathered on the steps for a news conference when Greene began shouting at them for having just passed a bill to protect abortion rights in response to the Supreme Court ruling on Texas’ anti-abortion measure.

“This is not women’s rights,” Green shouted.

Rep. Pete Aguilar (D-CA) told her she was “performative.”

Greene turned the accusation around, and after a brief exchange, declared, “You should all be ashamed!”

“You try being a Christian and try treating your colleagues decently!” Dingell shouted.

Greene has had other verbal altercations with House Democrats in the past, namely Reps. Alexandria Ocasio-Cortez (D-NY) and Cori Bush (D-MO).

Greene heckles Democrats and they fire back on Capitol steps