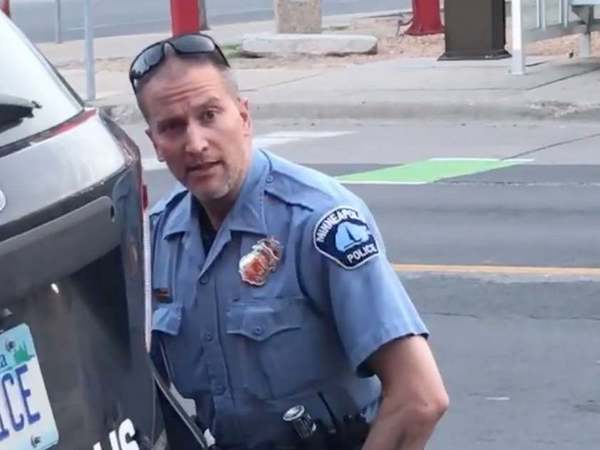 The Minneapolis police officer seen on the video, kneeling on George Floyd’s neck before he was fired, yet the riots have intensified. In addition to Minneapolis, Dallas and Atlanta also saw large riots and violence. The National Guard has been summoned to these cities to restore order.

We are all hoping for a smooth launch of the Falcon 9 Rocket from Florida today. We can use the distraction, and hopefully we’ll get some good news.

Stay tuned and read all about it.

(WCCO) — Fired Minneapolis police officer Derek Chauvin has been arrested four days after George Floyd’s fatal arrest that sparked protests, rioting and outcry across the city and nation, and Hennepin County Attorney Mike Freeman announced he has been charged with third-degree murder and manslaughter.

On Friday, John Harrington, commissioner of the Minnesota Department of Public Safety, announced that Chauvin, 44, of Oakdale, was taken into custody by the Minnesota Bureau of Criminal Apprehension, who said that Chauvin was arrested in Minneapolis. There was some speculation that he had gone to a home in Florida.

“We have now been able to put together the evidence that we need. Even as late as yesterday afternoon, we did not have all that we needed,” Freeman said, before saying that he was unable to speak to specific pieces of evidence and which one specifically was needed to file charges.

“This is by far the fastest that we’ve ever charged a police officer,” Freeman said.

(AP) — Georgia’s governor declared a state of emergency early Saturday to activate the state National Guard as violence flared in Atlanta and cities nationwide following the death in Minnesota of George Floyd after a white officer pressed a knee into his neck while taking him into custody.

Another 500 Guard soldiers were mobilized in and around Minneapolis, where Floyd died and an officer faced charges Friday in his death. But after another night of watching fires burn and businesses ransacked, Minnesota Gov. Tim Walz said early Saturday that he was moving to activate more than 1,000 more and was considering federal help.

The Guard was also on standby in the District of Columbia, where a crowd grew outside the White House and chanted curses at President Donald Trump. Some protesters tried to push through barriers set up by the U.S. Secret Service along Pennsylvania Avenue, and threw bottles and other objects at officers wearing riot gear, who responded with pepper spray.

SpaceX, NASA to Try Again for Landmark Launch of Two Astronauts from Florida

(Reuters) – Elon Musk’s private rocket company SpaceX was set for a repeat attempt at launching two Americans into orbit on Saturday from Florida for a mission that would mark the first spaceflight of NASA astronauts from U.S. soil in nine years.

The mission’s first launch try on Wednesday was called off with less than 17 minutes remaining on the countdown clock due to stormy weather around the Kennedy Space Center at Cape Canaveral.

The forecast for Saturday was likewise precarious. Mission managers plan to make an earlier decision on weather hazards in a bid to avoid unnecessarily wearing out the crew with another suit-up and full day of launch preparations.

Barring weather or other unforeseen problems, the 24-story-tall SpaceX Falcon 9 rocket is due to lift off at 3:22 p.m. EDT, propelling astronauts Doug Hurley and Bob Behnken aloft on a 19-hour ride to the International Space Station.