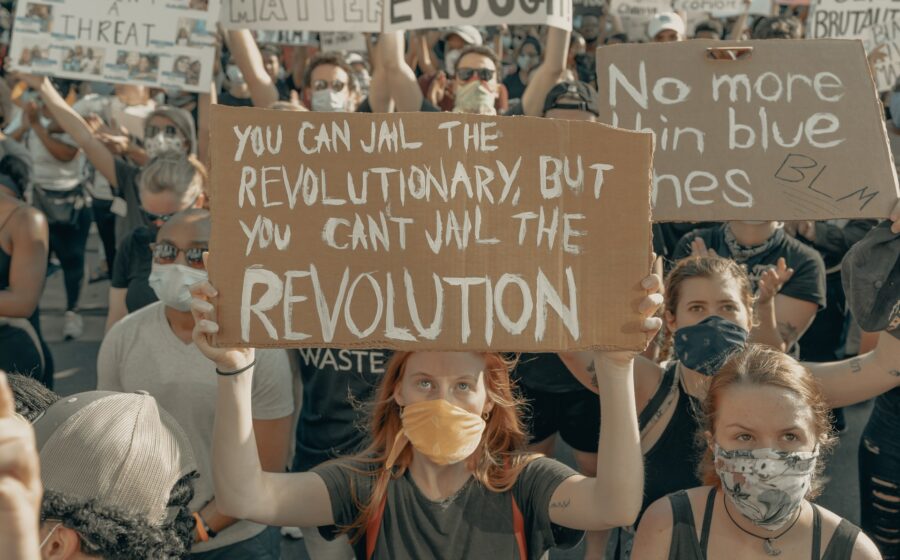 Carville’s comments came during an appearance on PBS NewsHour when host Judy Woodruff asked Carville what went wrong for the Democratic Party in the Virginia gubernatorial race between Glenn Youngkin and former Gov. Terry McAuliffe.

“What went wrong is just stupid wokeness. Don’t just look at Virginia and New Jersey. Look at Long Island, look at Buffalo, look at Minneapolis, even look at Seattle, Wash. I mean, this ‘defund the police’ lunacy, this take Abraham Lincoln’s name off of schools. I mean that — people see that,” Carville said.

“It’s just really — has a suppressive effect all across the country on Democrats. Some of these people need to go to a ‘woke’ detox center or something,” he added. “They’re expressing a language that people just don’t use, and there’s backlash and a frustration at that.”

Carville said that Youngkin, who never ran any ads against President Joe Biden, let Democrats “pull the pin and watch the grenade go off.” Recent comments from White House Press Secretary Jen Psaki and senior adviser Cedric Richmond earned a rating of “Three Pinocchios” from The Washington Post’s fact-checker. The White House insinuated that GOP opposition to Biden’s $1.9 trillion coronavirus relief bill was tantamount to defunding the police — as $350 billion was allocated for state and government aid. “[G]oing strictly by the bill text, lawmakers had no guarantee that police would get a slice of the pie,” the Post’s Salvador Rizzo wrote. “What’s more, voting against a one-time infusion of cash is not the same as voting to cut funding, so there is little basis to claim that Republicans are trying to ‘defund the police.”

New York City experienced flooding in the streets and subways this week, as commuters were forced to wade through filthy water. The beating that the metropolis has taken from tropical storm Elsa has raised questions about how well the city is prepared for the fallout of the ongoing climate crisis. Flooding in New York City “has already become more frequent than in the past, and as long as we continue to warm the planet, we can expect more of this, not less,” climate scientist Andra Garner said. Garner’s research estimates that the city could be hit by severe floods that exceed 7ft every five years if planet-heating gases are not dramatically reduced.

Vaccinated students and teachers need not wear masks inside of school buildings, according to the Centers for Disease Control and Prevention. “We’re at a new point in the pandemic that we’re all really excited about,” CDC task force leader Erin-Sauberr-Schatz said. The updated CDC guidelines still emphasize the importance of ventilation, hand washing, and students/faculty staying home when they’re sick. “Our ultimate goal remains: to get students, teachers, and staff back in school buildings full time, and to make sure they’re safe while doing it,” American Federation of Teachers President Randi Weingarten said.

State legislatures have passed 90 laws restricting abortion in 2021, which is more than any previous year according to a report from the Guttmacher Institute. The previous record was set in 2011 when 89 restrictions were enacted. Some celebrate the milestone as a success, whereas others find it troubling. “We’re really trying to bring attention to the fact that state legislatures are moving very quickly on abortion bans and restrictions,” Elizabeth Nash, co-author of the report, said. “And we know that people are the best arbiters of their own lives and what they need. Ensuring that abortion is available and affordable is critical.”

The Pentagon’s press secretary, John Kirby, acknowledged that there was a “deteriorating security situation” in Afghanistan following the withdrawal of US troops. “What we have seen is a deteriorating security situation on the ground, no question about that, that the Taliban continues to take district centers,” Kirby said. President Biden’s decision to remove troops has been met with both bipartisan support and opposition. Kirby highlighted the other types of support that the US is providing to Afghanistan, including 30-plus Black Hawk helicopters, training, and weaponry. “They’ve got the capacity. They’ve got the capability. Now it’s time to have that will.”

An additional 14 victims were recovered from the Champlain Towers collapse site in Florida, bringing the total number of confirmed casualties to 78. “This is a staggering and heartbreaking number that affects all of us very, very deeply,” Miami-Dade County Mayor Daniella Levine Cava said Friday. At least 47 victims have been identified and next of kin notified. 200 residents have been accounted for, which leaves 62 individuals potentially missing. “The magnitude of this tragedy is growing each and every day,” Levine Cava said.