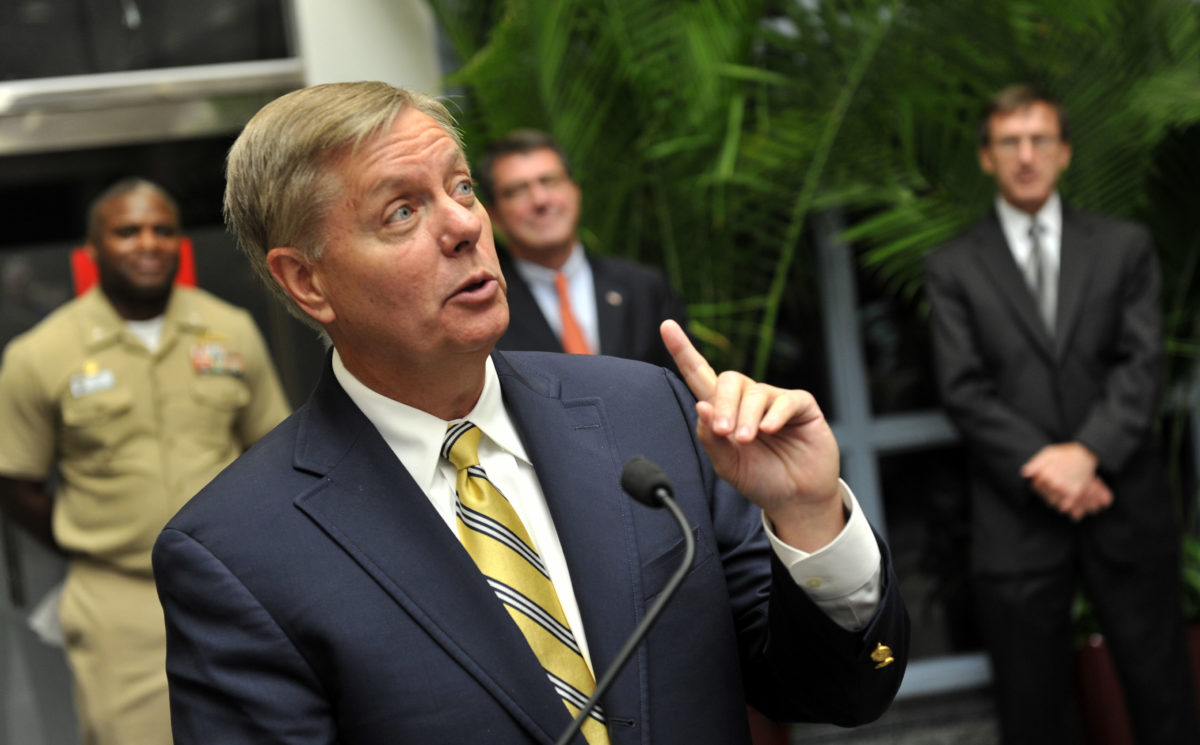 All the ridiculous pomp of House Speaker’s Nancy Pelosi’s impeachment process was on full display yesterday. From the plethora of pens to the long, slow march of the articles of impeachment over to the Senate, it was really quite something.  And it’s only just beginning. No wonder Sen. Lindsey Graham say the Senate needs to “end this crap as quickly as possible.”

Also, how are we supposed to feel about Rachel Maddow’s interview with Rudy Giuliani associate Lev Parnas. One day Democrats are mocking Parnas as a clown, the next they are treating him as a star witness in the impeachment process. Are we supposed to take him seriously now? We have five takeaways from the interview below so you can decide for yourself. We remain deeply skeptical.

Also we have new information about the landmark trade deal signed yesterday by the United States and China. Yes, it’s big deal. The question is, for how long? China has never lived up to its end of any deal.  President Trump has promised to change that. We’ll now see if he can. The deal signed yesterday won’t mean much unless the second phase of the deal can be reached. And that’s at least one election away.

(AP) – In a dramatic procession across the U.S. Capitol, House Democrats carried the formal articles of impeachment against President Donald Trump to the Senate late Wednesday, setting the stage for only the third trial to remove a president in American history.

Trump complained anew it was all a “hoax,” even as fresh details emerged about his efforts in Ukraine.

The ceremonial pomp and protocol by the lawmakers prosecuting the case against Trump moved the impeachment out of Speaker Nancy Pelosi’s Democratic-run House to the Republican-majority Senate, where the president’s team is mounting a defense aiming for swift acquittal.

See pictures of the pomp here

A day after the House published evidence provided by Parnas for the Senate impeachment trial, Parnas unveiled his take on what has been going on behind the scenes with the White House’s Ukraine policy.

Giuliani’s associate connected Trump directly to the controversy and pressure campaign in Ukraine to get the country to investigate former Vice President Joe Biden and his son Hunter, who sat on the board of the Ukrainian company Burisma.

(Reuters) – China will boost purchases of U.S. goods and services by $200 billion over two years in exchange for the rolling back of some tariffs under an initial trade deal signed by the world’s two largest economies, defusing an 18-month row that has hit global growth.

Key world stock market indexes climbed to record highs after the deal was signed on Wednesday in Washington, but later stalled on concerns it may not ease trade tensions for long, with numerous thorny issues still unresolved.

While acknowledging the need for further negotiations with China to solve a host of other problems, President Donald Trump hailed the agreement as a win for the U.S. economy and his administration’s trade policies.